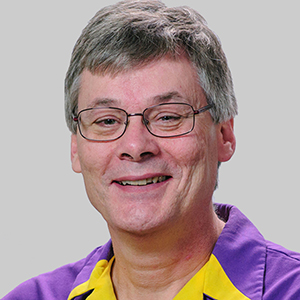 I'm originally from Ohio, born in Cincinnati and raised in Columbus. After graduating from Kent State (Go Golden Flashes!) in 1981, I started at USC Columbia (Go Gamecocks!). I received my Masters in Math at USC in 1984, and I started at USC Aiken later that same year. I've been here ever since. I am currently involved in teaching many different types of Mathematics courses: College Algebra, Statistics, Finite Math, Calculus, Discrete Math, and Mathematics for Elementary and Middle School Teachers. I enjoy teaching mathematics - to me, it's the best job anyone could have! I almost forgot - I'm a big Cincinnati Reds fan - GO REDS!