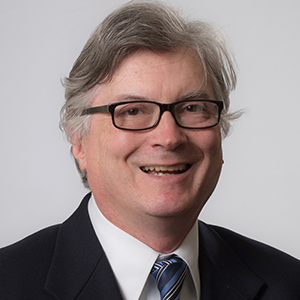 William D. Harpine was born in Washington, DC and grew up in Virginia. He holds degrees from The College of William and Mary (B.A. in philosophy),  Northern Illinois University (M.A. in speech communication), and The University of Illinois at Urbana-Champaign (Ph.D. in speech communication). While in college, he was a member of the debate team and student government, was editorial editor of the College of William and Mary newspaper, The Flat Hat, and was initiated into Delta Sigma Rho-Tau Kappa Alpha and Omicron Delta Kappa honorary fraternities.

William Harpine retired from the University of South Carolina Aiken faculty in May 2017.

Welcome to my webpage! During my happy time as a professor at the University of South Carolina Aiken, I taught Public Speaking, Political Rhetoric, and other speech communication courses.

My research interests include argumentation and debate, rhetoric of the imperialist period, message delivery, and children's oral communication.

PhD, Speech Communication, University of Illinois at Urbana-Champaign, 1982. Thesis: Foundations of the Theory of Argument, directed by Joseph W. Wenzel

My research interests include argumentation and debate, rhetoric of the imperialist period, message delivery, and children's oral communication. I have recently studied presidential debates, and have worked on the rhetoric of Barack Obama and Donald Trump, as well as as studies of conspiracy rhetoric.

My most recent publication, "The Illusion of Tradition: Spurious Quotations and the Gun Control Debate," is an article about fake Founding Fathers quotations that pro-gun people often use to oppose gun control. It is available from the library database Communication & Mass Media Complete. I am working on book chapters about the 2004 presidential debates between George W. Bush and John Kerry.

If you would like to read my book, From the Front Porch to the Front Page: McKinley and Bryan in the 1896 Campaign, it is available in the Gregg-Graniteville Library and the USC Aiken Bookstore.

Students interested in public relations should study the Public Relations Society of America’s Code of Ethics.

Students interested in print or electronic journalism should study the Society of Professional Journalists’ Code of Ethics.

Harpine, W. D. “Reaching Out Beyond Psychology to Improve Communication in Training Programs.” Presented at the 2015 American Psychological Association Convention, Toronto, ON, 6 August 2015.

Harpine, W. D. “Spurious Quotations and the Gun Control Debate: The Manufacturing of an Argument from Tradition.” Argumentation and Advocacy 52 (2016): 151-164.

Harpine, W. D. “Genung’s Theory of Persuasion: A Literary Theory of Oratory of Late Nineteenth-Century America.” Advances in the History of Rhetoric 7 (2004): 31-43. Refereed.

Harpine, W. D.Rev. of In the Name of Terrorism: Presidents on Political Violence in the Post-World War II Era, by Carol K. Winkler. Southern Communication Journal 72 (2007): 303-304.

Harpine, W. D. “The Rhetoric of Globalization: The Iraq War and Multinationalism.” Rev. of Globalization and Empire: The U.S. Invasion of Iraq, Free Markets, and the Twilight of Democracy, by Stephen John Hartnett and Laura Ann Stenghrim. Review of Communication 7 (2007): 213-215.