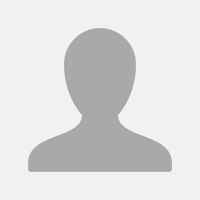 Master of Music – Horn Performance, The University of Tennessee

As a horn player, Dr. Johnson has performed in professional orchestras throughout Georgia, Maryland, Ohio, Pennsylvania, South Carolina, Tennessee, and West Virginia.  He even served as Second Horn with the Johnstown Symphony in Pennsylvania for two years.  Since moving back to the CSRA, Dr. Johnson performs regularly with the Augusta Choral Society, Augusta Players, and the Lyra Vivace Chamber Orchestra. He has also been fortunate enough to sub with both the Charleston Symphony and Symphony Orchestra Augusta.

Originally from the state of Georgia, Dr. Johnson obtained his bachelor’s degree in music education from Augusta State University in Augusta, GA. Before pursuing his master’s degree, he taught band classes for a year at Curtis Baptist School, a private Christian school in Augusta, GA. Desiring a career in higher education, Dr. Johnson accepted a graduate assistantship from The University of Tennessee where he received his master’s in horn performance. After graduation from UT, he then accepted another assistantship, allowing him to pursue his doctorate in horn performance at West Virginia University. At WVU, Dr. Johnson conducted the University Horn Choir, taught undergraduate and graduate lessons within the Horn Studio, and performed with the Graduate Wind Quintet, as well as other student ensembles. He was also fortunate enough to perform a concerto with the WVU Chamber Winds during his tenure in Morgantown.