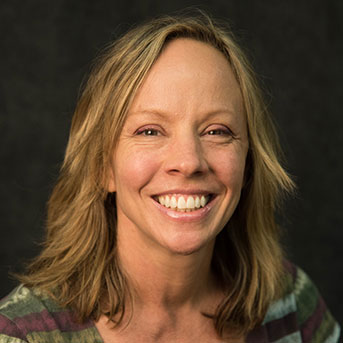 Peterson’s research focuses on the relationship between religion and science, between ecology and the divine. Her book manuscript Sucking the Blood of the Miserable Indians: The Spiritual Ecology of Indian Mortality in New Spain 1521-1630 (in preparation) examines Spanish and Indian interpretations of the “depopulation” occurring in the first generation of Spanish occupation as a window to understanding the Spiritual Ecology of each group. Spiritual Ecology shapes our relationship to the natural world in fundamental ways. Every religion has its own unique environmental footprint, a host of practices and beliefs that shape landscapes and civilizations. In New Spain we see a clash of two spiritual ecologies; this work follows the spiritual and ecological transformations that resulted. It also attempts to try to understand the lived experience, and the way "the dead affected the history of the living.”*

Her next book project (still untitled and in the research phase) expands the lens of Spiritual Ecology in a longue durée analysis of human history. From the sacrifices of ancient peoples to the modern factory farm, from Gilgamesh’s destruction of Humbaba’s cedars to deforestation in the Amazon, this work seeks to understand the ways men and women have understood their environmental impact in relation to their cosmic world view. What is the relationship between the physical and metaphysical? Do religions shape ecological practices or do ecological practices shape religions/philosophies? How has modern science impacted this relationship? Imagined as an edited work this book opens new avenues for understanding both religious and environmental history.

Peterson is also very engaged in professor-led student research.  Her paper manuscript “On the Shoulders of Giants: NAACP & African American Veterans in the CSRA” (in preparation) looks at the way participation in either the American Armed Forces or the NAACP shaped African American political, social, and cultural identity in this region. The ongoing research for this project is part of a larger Community Archiving Project conducted by the USCA History Club (which she mentors) aimed at engaging students with local history. The project started with an invitation to document the memories of NAACP members from the CSRA, as it grows it will incorporate further community interviews, and an archival and oral history investigation of the 140 veterans buried at Pine Lawn Cemetery, still listed as Aiken’s “Colored Cemetery.” Organized along the lines of a Magellan Instructor-led research project, the NAACP /Veterans project has already produced a student presentation at the 2020 SCHS, two Senior Capstone papers, and will hopefully spawn at least one student publication.

HIST A101 – Introduction to World Civilizations to 1750
HIST A300 – The Historian’s Craft
HIST A361 – Early Latin America: From European Discoveries Through Independence
HIST A362 – Modern Latin America: From Independence to the Present
HIST A365 – First People of the Americas
HIST A374 – History Science
HIST A423 – History of Mexico
HIST A474 – Issues in Environmental History
HIST A499 – Senior Capstone