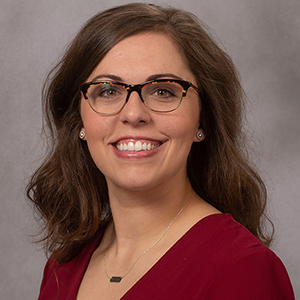 Dr. Faught’s research interests include a variety of cognitive processes in Down syndrome, including attention, memory, and language. She is currently working on a project exploring how these processes are affected by aging and early signs of dementia in Down syndrome. She also serves on Master’s thesis committees.

Faught, G. G., & Conners, F. A. (in press). Modeling the relationships among sustained attention, short-term memory, and language in Down syndrome. American Journal on Intellectual and Developmental Disabilities.