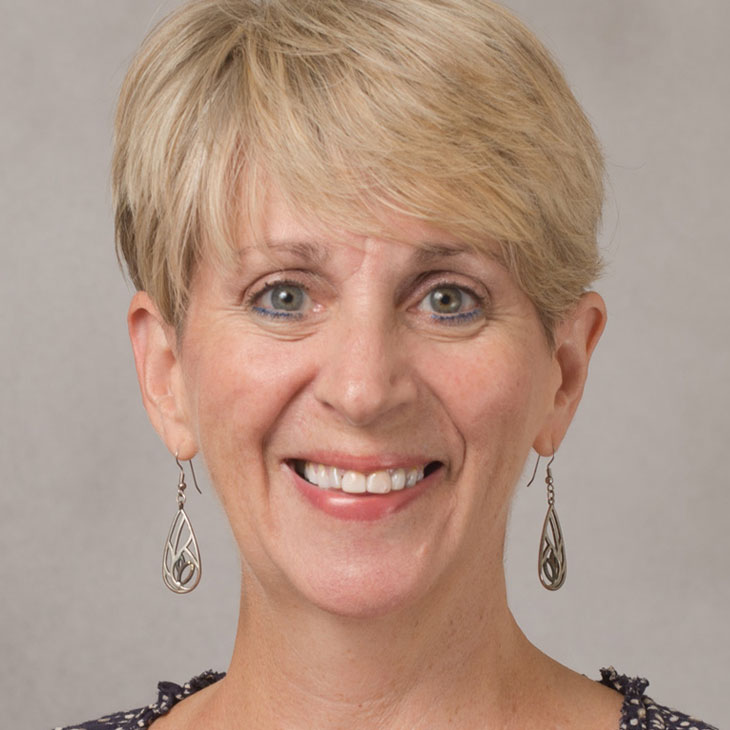 Dewey Scott-Wiley, MFA
Professor of Theatre
Coordinator of Theatre Program
Visual and Performing Arts
Acting, Directing
ETHR 132
803-641-3343
This email address is being protected from spambots. You need JavaScript enabled to view it.

Master of Fine Arts in Theatre, emphasis in Directing - University of South Carolina, 1994

Dewey Scott-Wiley is an Professor of Theatre, and heads up the performance curriculum at University of South Carolina Aiken. As a professional actor and director, Dewey has worked extensively up and down the east coast, from Off-Broadway, to The Shakespeare Theatre in Washington, D.C., to the Dock Street Theatre in Charleston, SC and beyond. She is a long time company member at Trustus Theatre in Columbia, SC, where she just served as Artistic Director for 3 seasons. Most recently at Trustus she appeared as Barbara in August: Osage County, Margie in Good People, and Sonia in Vanya and Sonia and Masha and Spike. Her latest Trustus directing credits include Godspell, Title of Show, Rent, Hair, Bill W. and Dr. Bob, and the World Premieres of Big City, The Velvet Weapon, Pine and The Palace of the Moorish Kings.

Dewey has been recognized multiple times by the Kennedy Center American College Theatre Festival for her achievements in Directing at USC Aiken, and received the National Faculty Fellowship in directing in 2010. She is the coordinator of Directing Initiatives for KCACTF Region IV. Dewey has served Chair of the Professional Division for the Southeastern Theatre Conference (SETC) for 6 years, and is a Past President of the South Carolina Theatre Association (SCTA).   In 2013, Dewey received SCTA’s Founders Award, the highest award given to recognize contributions to theatre in South Carolina.